The 600W inverter works normally when it is loaded with 600W or less, but the full load operation will quickly lead front MOSFET damaged.

Analysis of the possibility of the cause1. After power-on test, the actual situation is that only two of the four front MOSFET are working, which will cause problems when fully loaded.2. Inspection found that the fast recovery diode used for rectification of DP1 is damaged. 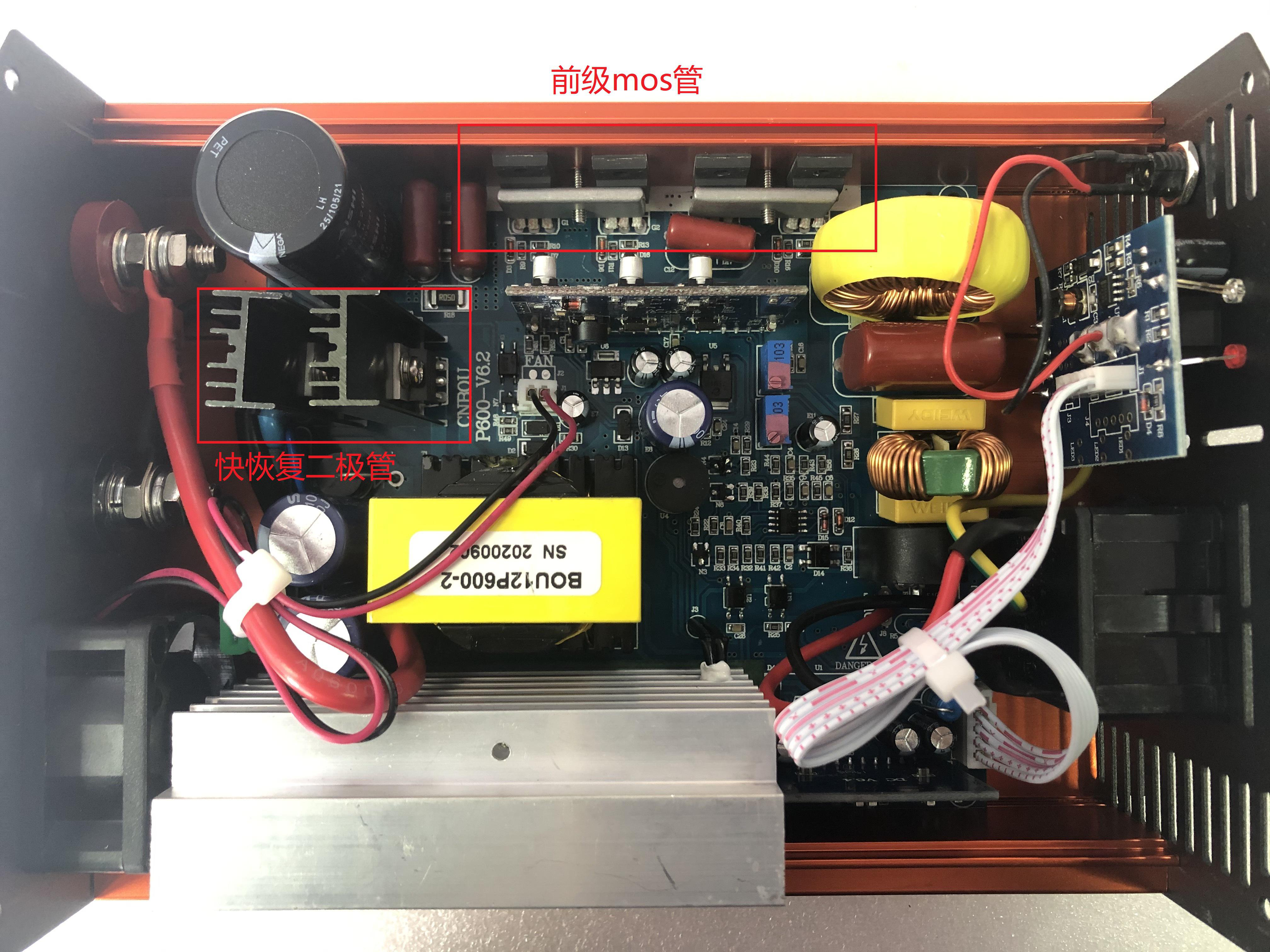